King and Queen of Hearts 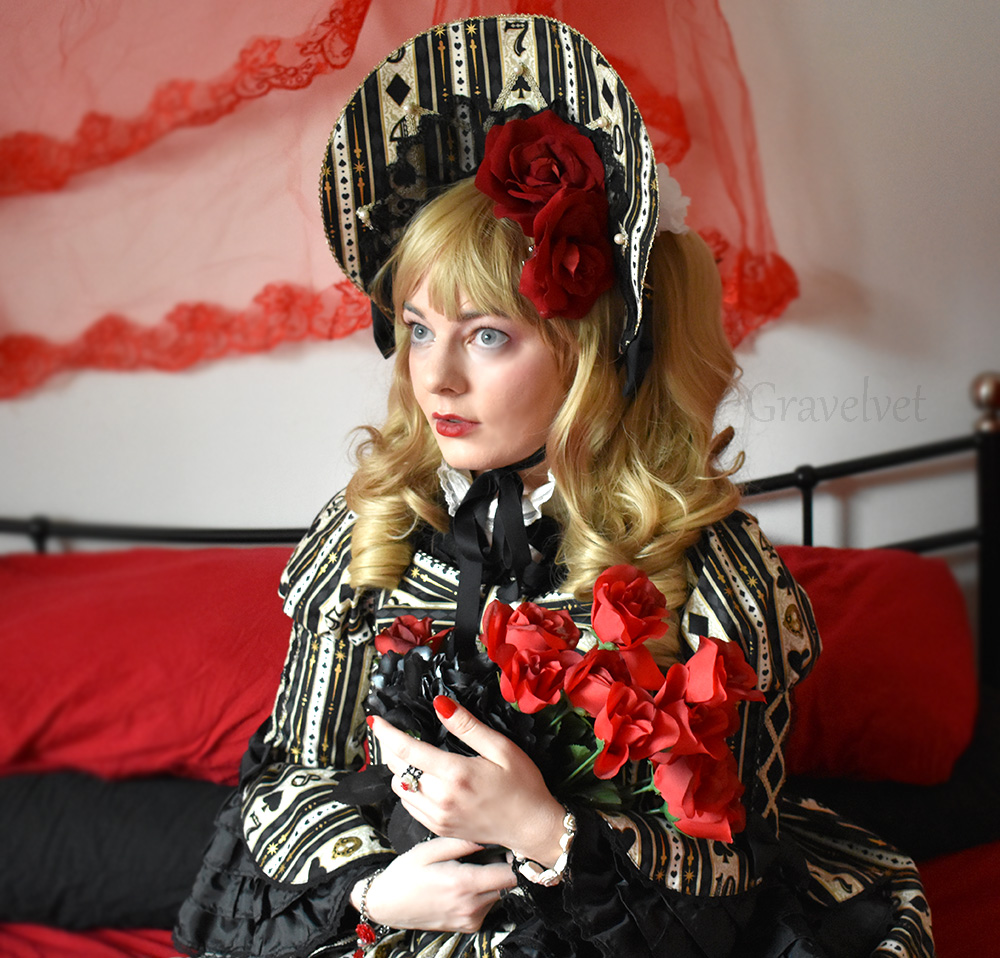 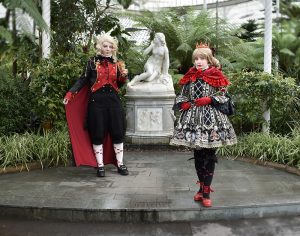 Lolita and Ouji fashion has always been an art form to me. Recently I decided to try and push myself to try and make something more artistic using these fashions as inspiration.
I chose card suits as my subject, because I attempted to create something like this last year on my own blog. Back then it was just basic outfit ideas, and I knew I could do better if I tried.
These videos and photos are the start of what will be an 8-part series featuring both the King and Queen of each card suit.

Of course, I took some inspiration from Alice in Wonderland for the Hearts, but I wanted to give each character more of a Cartomancy based theme.
Cartomancy is the practice of fortune telling using playing cards. Each card has its own meaning and symbolism. 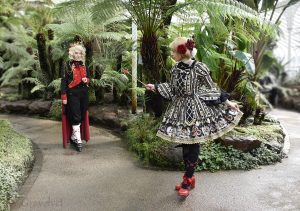 The suit of Hearts is equivalent to the tarot suit of Cups. Their element is Water.
Because of that I featured golden goblets in the videos, and showed both characters looking into a pond.
The setting is a garden, due to the heavy use of roses and rose accessories. 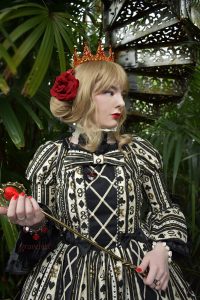 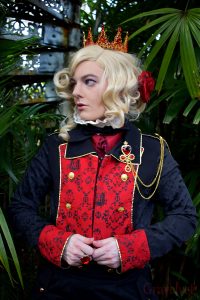 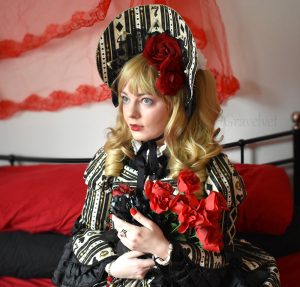 Angelic Pretty’s Wonder Queen print was the begining of this whole project. When I wore it to an event last August, and themed my outfits over two days on the King and Queen of Hearts. From there I decided to do the other suits. And so it began. 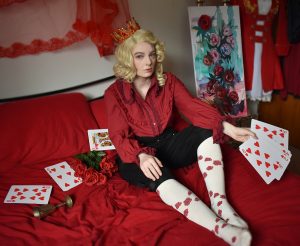 To make the outfits fit the Cartomancy symbolism, I had to change the wigs for each look from dark hair to blonde.
I also focused on using as many heart and rose shaped accessories as I had.
The painting shown in the King of Hearts Video is my own work, it wasn’t done specifically for this project, but it fit in nicely anyway.
The main colour is red. I wanted black and gold to be accent colours in each of these looks.

The next card suit I am working on is the Spades.
After that I will start on either the Diamonds or Clubs, and I intend to have all four done this year.

I hope you enjoy watching these as much as I enjoyed making them!
Thanks to Ye†axa for the music used in both of these videos.

Tired of rabbits on your dresses? Check these 4 Easter symbols for this season! 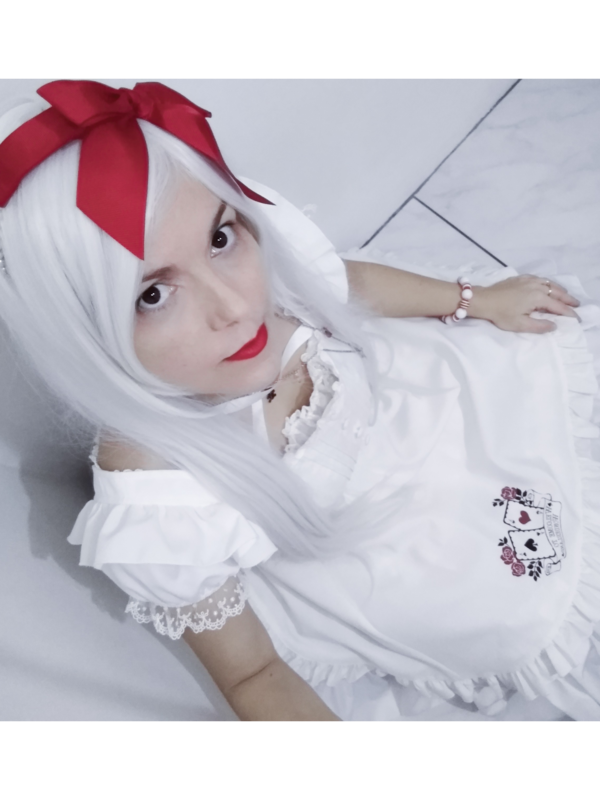 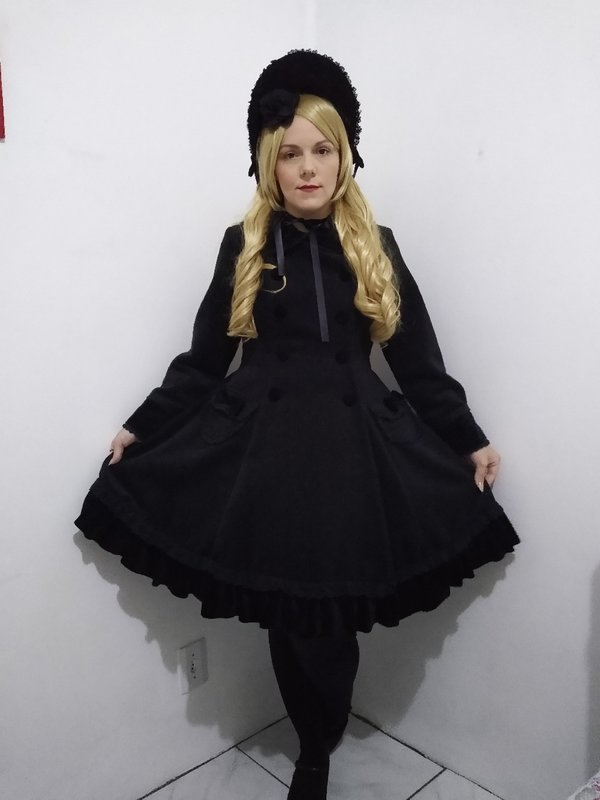 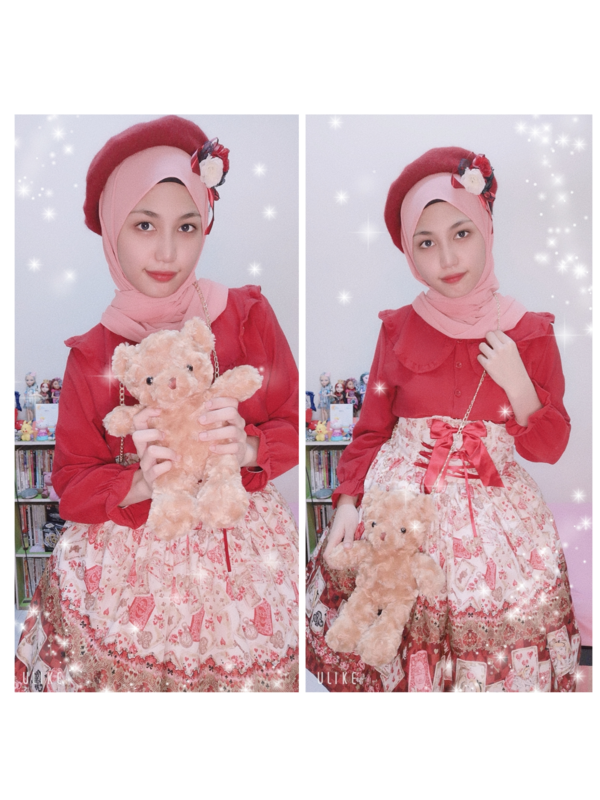 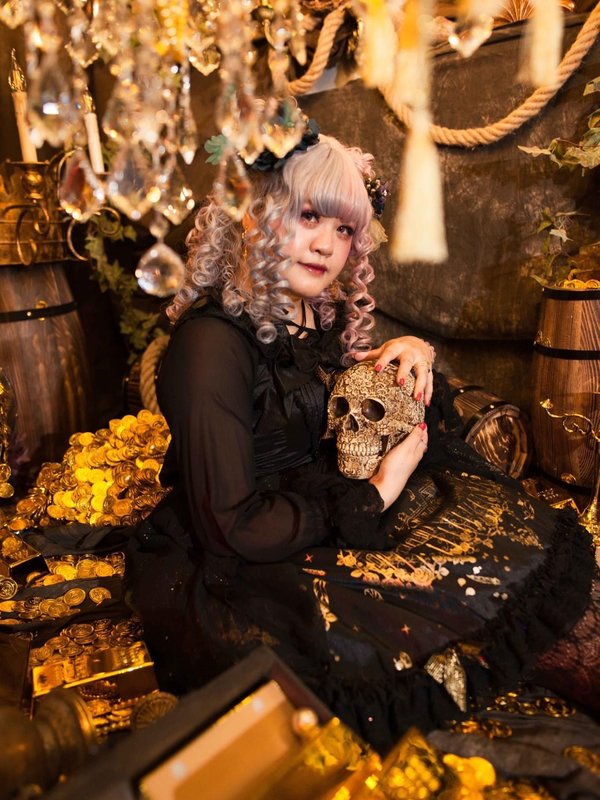